As far as the Gabungan Parti Sarawak (GPS) ruling coalition is concerned, we are not in favour of the idea for non-Sarawak based political parties contesting in the next state's 12th election (PRN12).

As Vice-president of Parti Pesaka Bumiputera Bersaru (PBB), I have mentioned to our local media friends that the interest of GPS is only confined within the boundaries of Sarawak. We have no intention whatsoever to contest in Sabah as well as Peninsula Malaysia, as we want to only take care of Sarawak.

If possible, other political parties that did not originate from Sarawak, whether they are from the ruling coalition or the opposition, there is no need to contest in our state. Let the Sarawak-based political parties look after the state. Whether it’s the political parties Umno, PAS, Parti Pribumi Bersatu Malaysia (Bersatu), Democratic Action Party (DAP) or Parti Keadilan Rakyat (PKR), I opined these parties should instead focus on other states and not contest in Sarawak.

However, I have also pointed out on Section 13 of the Emergency (Essential Powers) Ordinance 2021 had stated clearly that no elections are to be held until the Emergency Order is lifted by the Yang di-Pertuan Agong. I had also commented on a viral video showing political parties’ shirts and flags were being printed, seemingly in preparation for an election. It is also my opinion for our Prime Minister Tan Sri Muhyiddin Yassin who eventually need to seek a fresh mandate from the people due to the political uncertainty faced by the Federal government. The present state of emergency that was proclaimed by the Yang di-Pertuan Agong on Jan 12 was a proactive measure to contain the Covid-19 outbreak in the country and it only will stand until Aug 1. 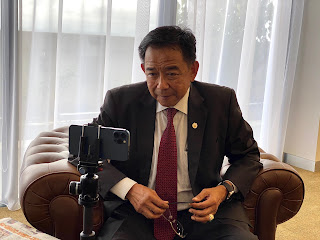