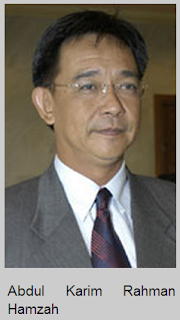 KUCHING: Competitive sports especially football still needs the human touch when it comes to refereing and judgement-based decision making during the game.

“I don’t think football will be exciting if we use technologies such as goal-line detection and video replays to replace referees. The game might even gets too rigid and very boring,” said state assistant minister of social development (youth development) Abdul Karim Hamzah in his speech at the Sarawak Football Referee’s Association (SAFRA) annual dinner.

Abdul Karim added that decisions made by referees are still very much needed in the game and he sees that it is very difficult for technology to ever phase them out.

“Football must always retain the “human” aspect of refereing the game to preserve its essence. I remember when Diego Maradona scored the “hand of God” goal against England during the World Cup in 1986 where the referee during that time seemed to have made the wrong decision. However, it was a memorable game and it remained as a debate until today. That is what makes football a beautiful game,” enthused Abdul Karim.

“If we enforced technology, perhaps the game would be different. The players might not feel free to “express” themselves in the pitch during a match due to very strict authority,” added Abdul Karim.

Karim also praised the contribution made by SAFRA in elevating the standard of football refereing in the state as matches are getting more competitive. “SAFRA must ensure its members are always at the very high level of integrity. Referees deal with people so the human aspect of the game is important. They must also constantly updating themselves of the laws of the game,” said Abdul Karim.

‘PR no match for BN’

ASAJAYA: Pakatan Rakyat (PR) is no match for Barisan Nasional (BN) when it comes to looking after the welfare of the people, said Assistant Minister of Youth Development Abdul Karim Rahman Hamzah.

He said the disbursement of the flood relief aid was yet another effort of the BN to help those affected by the flood.

“Unlike the opposition who can only talk, the BN delivers,” Abdul Karim said.

He was speaking at a flood relief aid presentation ceremony to 279 families at Asajaya Sports Complex, here yesterday.

The families were affected by last December’s flood.

In view of this, Abdul Karim advised the people to be wise in choosing the government to continue receiving welfare assistance and development.

To the recipients, he advised them to spend the money wisely. 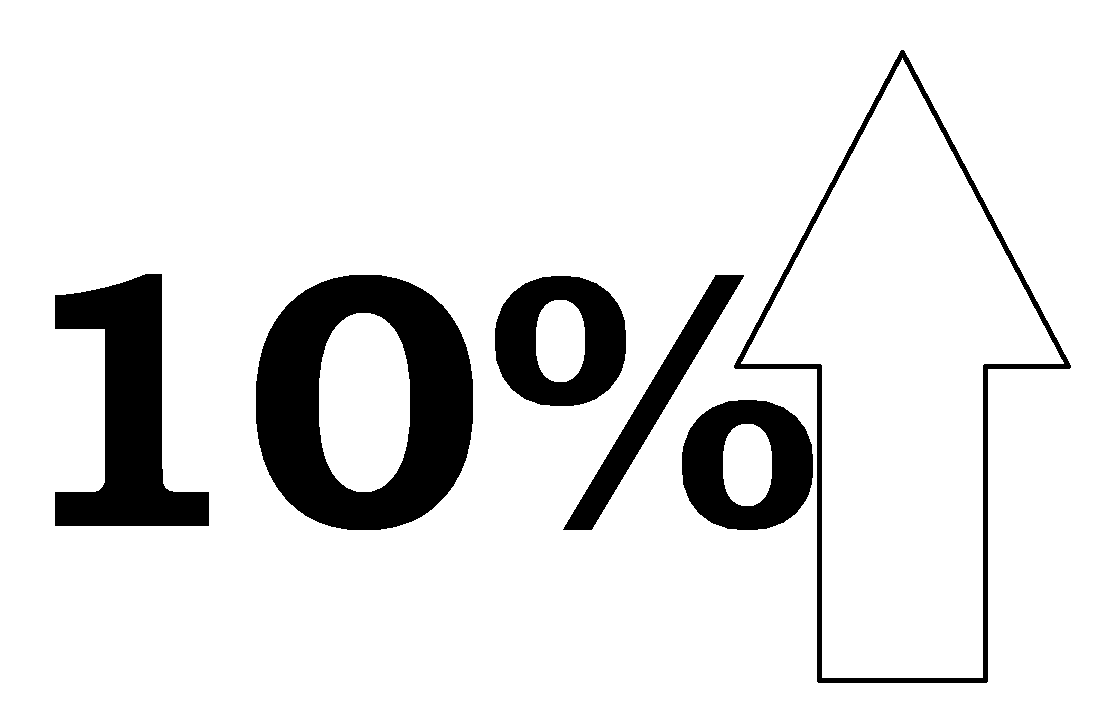 KUCHING: Prospective house buyers in Kuching are not hindered by the 10 per cent hike in house prices as reflected by the rise in demand and execution of projects since 2011.

As more new families are set up, the demand for medium cost house is steadily increasing, especially at fringes of the city where prices dip slightly.

Housing Assistant Minister Abdul Karim Rahman Hamzah said the housing industry was market-driven and sales based on the locality of the project.

He was officiating at the launch of Sarawak Housing and Real Estate Developers Association (Sheda) Home and Property Road Show at Boulevard Shopping Mall yesterday.

He said prices of medium cost houses this year were expected to stabilise and only show a slight rise.

“If the demand and spending power of the consumers are strong, there will definitely be an increase in price of houses,” said Karim who is also Asajaya assemblyman.

Besides supply and demand, the hike in price was affected by the price of construction materials such as cement, bricks and steel.

He said the ministry was constantly overseeing the prices of houses and would come up with a formula to stabilise prices through the government’s capital contribution, such as water and electricity.

Karim said there were at least one or two projects which stalled due to the developer’s lacklustre sales and marketing or poor financial management.

“That is the common cause for abandoned projects; it’s definitely not caused by poor demand from prospective house buyers,” said Karim.

He said low-cost housing projects run by government agencies were not spared from being abandoned, such as those in Limbang and Pusa, but the ministry was looking into the matter.

Meanwhile, the annual roadshow which began yesterday and ends this Sunday is the first pitstop before continuing to Sibu, Bintulu and Miri.

KUCHING: Valentine’s Day is a day which has been very much abused, opined Assistant Minister of Youth Development Abdul Karim Rahman Hamzah.

“I said ‘abused’ because this Valentine’s Day has been commercialised too much by hotels, restaurants, flower shops, gift shops etc,” he told The Borneo Post yesterday.

“On this day, prices of certain products usually associated with Valentine’s Day like roses suddenly shoot up sky high,” he added.

Karim, who is also Asajaya assemblyman, pointed out that if we love someone, expression of love should be done all year round.

“It should not be limited to just Feb 14 but because of the media and business promotion and outlook on Valentine’s Day it makes it look like we have failed as lovers,“ he lamented.

“In actual fact, the ones who really benefit from all this are the promoters of Valentine’s Day,” he said.

He hoped that Malaysians would be sensible enough to evaluate all this nonsense about Valentine’s Day as he believed that it would just benefit the business community who would took the opportunity to make quick profits.

Sebuyau to get new township


SEBUYAU: The Housing Ministry has identified a 10ha land for a new township here.

“The residential area will take up 8ha in which about 240 units of low-cost houses under the Rumah Mesra Rakyat scheme will be built.

“It will be implemented by the Housing Development Corporation and Syarikat Perumahan Nasional Berhad,” he told a press conference after a working visit here yesterday.

Johari said the concept would help resettle residents affected by river erosion in this small coastal town, within a well-planned new township.

He said the low-cost houses would be built first, followed by commercial buildings and government offices.

Johari added that this would be a long-term plan by the government to resettle this town.

SIBU: Sibu Jaya, located about 26km from here is set to become the first smart township in the state to enjoy cloud computing services over high-speed Internet.

Johari stressed that high-speed wireless Internet was important for Sibu Jaya, as it was strategically located within the Sarawak Corridor of Renewable Energy (SCORE) and within very short distance of many facilities and amenities such as the Sibu Airport.

“Investors in SCORE will find Sibu Jaya attractive and conducive to live in with all the modern facilities and amenities available here,” Johari said after performing the earth breaking ceremony of Pearl Avenue, which offered 170 units of double-storey terraced houses, priced at RM248,880 per unit.

He also said a road would eventually be built to link Sibu Jaya with Lanang Road and Lanang Bridge to better connect Sibu Jaya with Sibu and other nearby towns.

Johari also disclosed that a university was keen to set up its campus in Sibu Jaya, without mentioning its name.

“Sibu Jaya is emerging as a visually stunning and attractive twin town,” Johari said, adding that it was the proud recipient of the prestigious Planning Excellence Award under the Community Development-Planning Achievement Category at the national level competition organised by the Malaysian Institute of Planners.

He said Barisan did not need to fish for votes because with or without the RM500 aid, the people would still vote for Barisan.

He said the aid was for all Malaysians whose total household income was less than RM3,000 a month regardless of which political side they belonged to.

“Whether you have voted for PAS, DAP, PKR or Barisan, you will get it if you are qualified. This money is given to every qualified Malaysian citizen regardless of race and religion. The Government is concerned about the people,” he said at a presentation ceremony at the Asajaya Sports Complex in Samarahan yesterday. 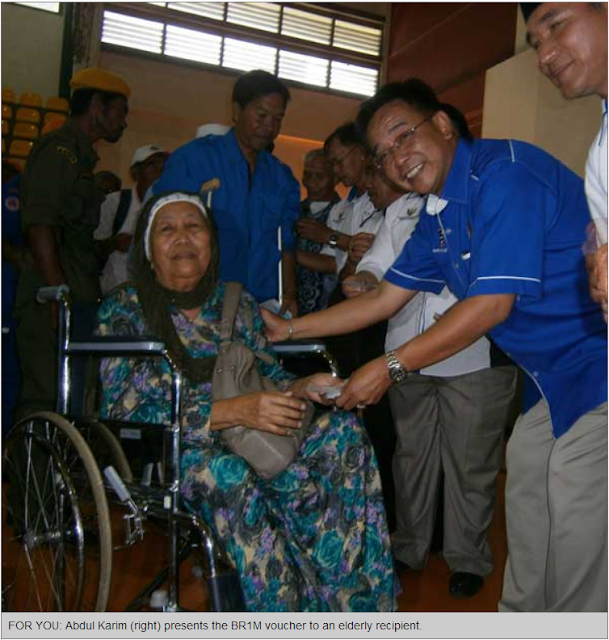 ASAJAYA: Several people who are said to be capable grassroots leaders are ready to be shortlisted as the new Barisan Nasional candidate for Kota Samarahan if the incumbent MP Dato Sri Sulaiman Abdul Rahman Taib is not re-nominated.

Asajaya assemblyman Abdul Karim Rahman Hamzah, however, did not want to say if Sulaiman’s elder brother Dato Sri Mahmud Abu Bekir Taib was among them.

He was nonetheless confident that whoever the candidate is, BN would still win in Kota Samarahan in the coming general election because the people’s support for BN in the constituency was still very strong.

“At one time, I heard rumour about him (Abu Bekir), but the rumour has since fizzled out. I’m not too sure whether he’s interested or not (in the seat).

“But if he were to contest, it should not be a problem. Kota Samarahan is a BN stronghold,” he told reporters after presenting the Kota Samarahan parliamentary-level Bantuan Rakyat 1Malaysia (BR1M) cash aid at Asajaya Sports Complex here yesterday.

According to Karim, who is also Parti Pesaka Bumiputera Bersatu (PBB) supreme council member, the list of potential new candidates for Kota Samarahan had been narrowed down to a few names.

However, Abdul Karim did not want to reveal the numbers and their identities, except to say that the top leaders would make the announcement in due time.