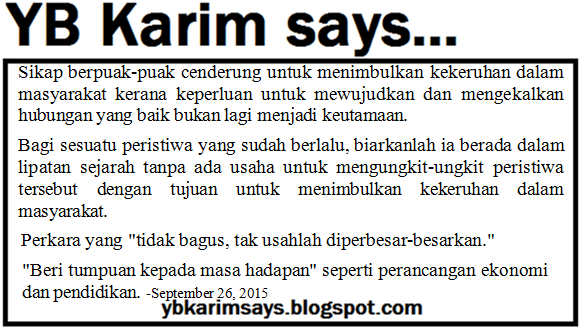 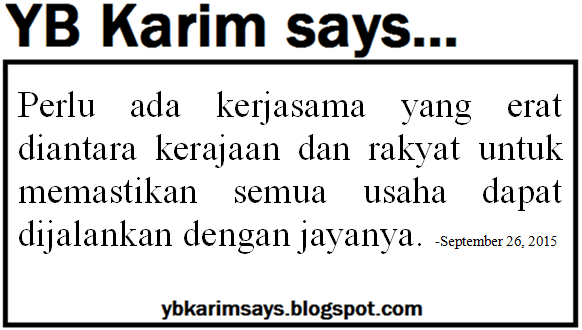 Zahid to Muslims: Give respect to earn respect 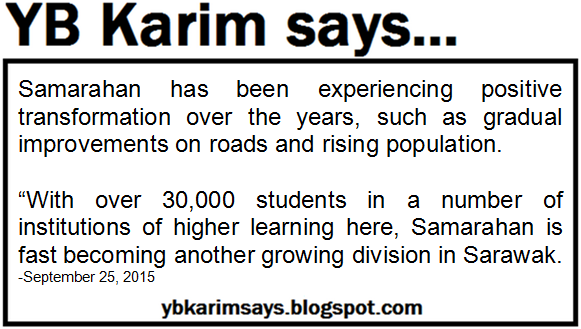 KOTA SAMARAHAN: Muslims should refer the Quran when it comes to maintaining good relationship with the non-Muslims.

In pointing this out, Deputy Prime Minister Datuk Seri Ahmad Zahid Hamidi reminded Muslims in the country to use their wisdom in dealing with any tension involving racial and religious issues.

“Such tense situation would not happen if Muslims would truly follow the teachings from the Quran. 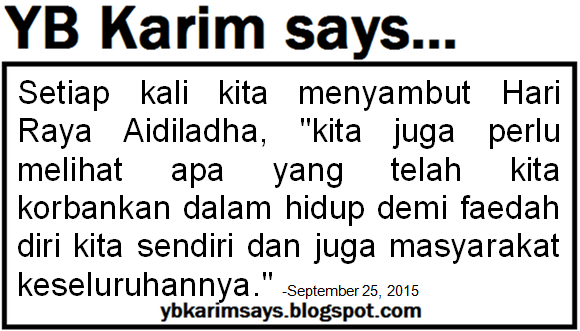 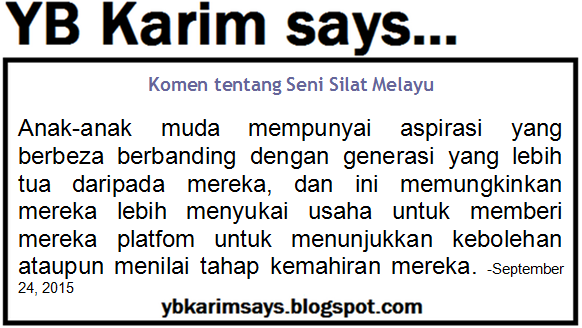 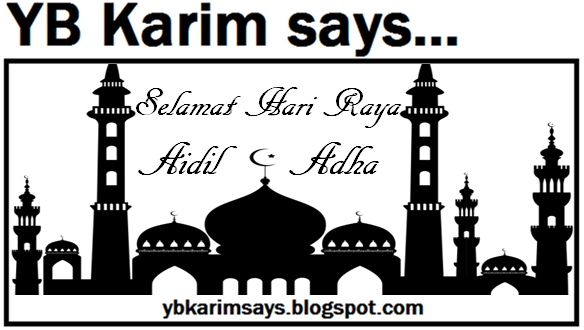 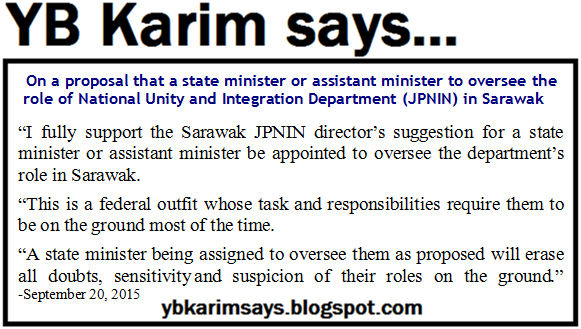 SIBU: Placing a state minister or assistant minister to oversee the National Unity and Integration Department (JPNIN) will ensure that activities and programmes rolled out are in line with needs of the state leadership.

“I fully support the Sarawak JPNIN director’s suggestion for a state minister or assistant minister be appointed to oversee the department’s role in Sarawak.

“This is a federal outfit whose task and responsibilities require them to be on the ground most of the time.

“A state minister being assigned to oversee them as proposed will erase all doubts, sensitivity and suspicion of their roles on the ground,” said Abdul Karim, who is Asajaya assemblyman.

He added that placing a state minister to oversee them would also ensure that their activities and programmes met the requirements and expectations of the state leadership. 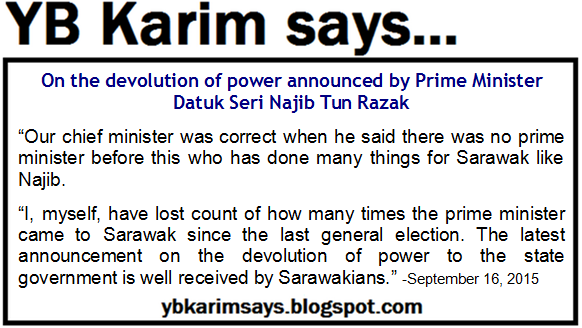 PBB Supreme Council member Datuk Abdul Karim Rahman Hamzah said the confidence was a good sign for Sarawakians, apart from upholding the spirit of the Malaysia Agreement signed in 1963.

“This is really good and happy news for all Malaysians, especially when it was announced in conjunction with Malaysia Day. This makes the celebration even more meaningful,” he said when contacted yesterday.

Abdul Karim, who is also Asajaya assemblyman, was commenting on Najib’s statement on Wednesday on the federal government’s agreement to give authority to federal government directors in the state to make major decisions without having to refer to their counterparts in Putrajaya.

Najib added that the state government would also be empowered so that priority for projects involving rural areas, infrastructure such as schools, hospitals and so on could be decided and implemented by them.

Abdul Karim, who is also Assistant Minister of Social Development, said the decision of the federal government also showed what was said by Adenan was true.

“Our chief minister was correct when he said there was no prime minister before this who has done many things for Sarawak like Najib. 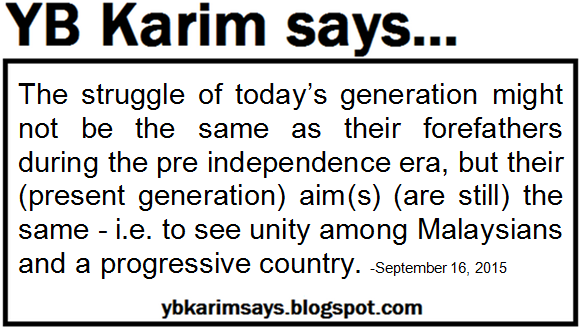 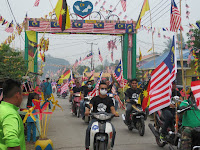 ASAJAYA: The present generation should interpret the meaning of national independence into ensuring the country is developed, peaceful and prosperous.

Assistant Minister of Social Development (Youth) Datuk Abdul Karim Rahman Hamzah said the struggle of today’s generation might not be the same as their forefathers during the pre independence era, but their (present generation) aim was the same, to see unity among Malaysians and a progressive country. 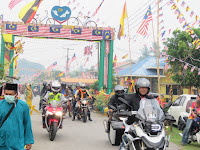 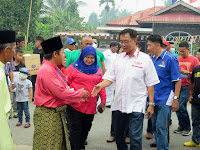 Karim, who is also Asajaya assemblyman, also launched the village logo at the village multipurpose hall.

He also emphasized that education played important role in the country’s development. 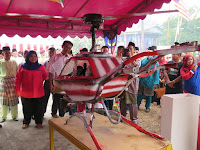 As such, parents must ensure their children were well educated so they could contribute to the country’s development.
He said Malaysia had progressed a lot since it achieved independence but admitted there were still a lot more to do.

“Even Kampung Sambir has gone through a lot of changes and development such as roads and communication development, which have benefited the villagers. 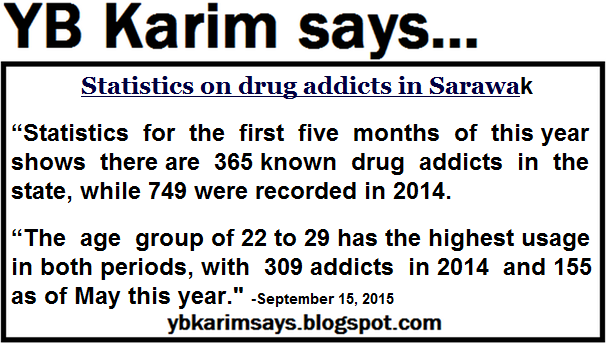 KUCHING: Kuching Division recorded the highest number of drug addicts with 121 known addicts from January to May this year, followed by Samarahan (72) and Miri (57).

“Statistics for the first five months of this year shows there are 365 known drug addicts in the state, while 749 were recorded in 2014.

“The age group of 22 to 29 has the highest usage in both periods, with 309 addicts in 2014 and 155 as of May this year,” he told a press conference after chairing a Drug Eradication Action Council (MTMD) meeting yesterday.

Abdul Karim noted that even though there were not many heavy drug abuse cases in the state, there was a worrying increase in the use of inhalants and synthetic drugs among youths. 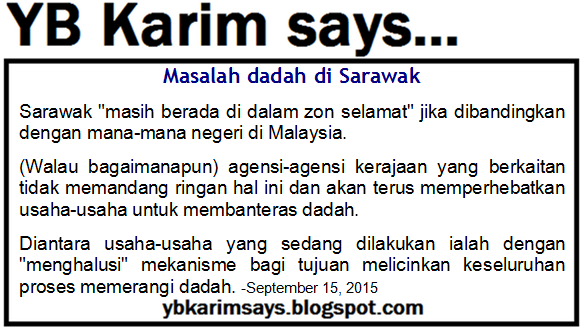 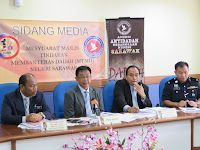 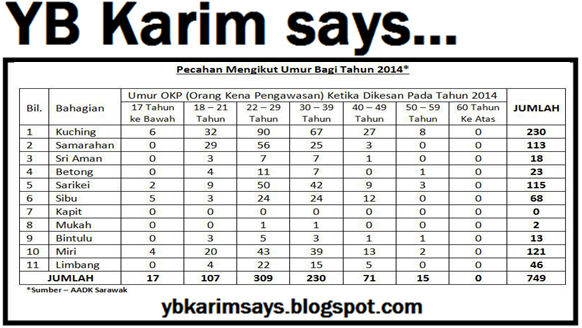 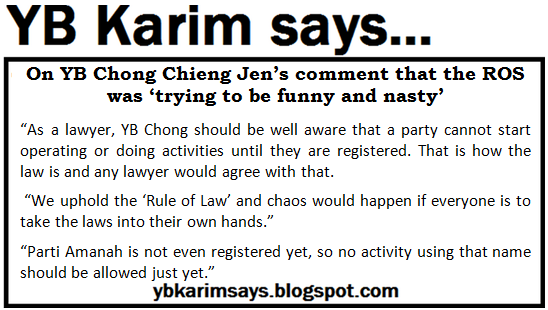 SIBU: The Registrar of Societies (ROS) did the right thing when it disallowed Parti Amanah Negara (Amanah) from carrying out activities while still under the name of Malaysian Workers Party, Asajaya assemblyman Datuk Abdul Karim Rahman Hamzah said.

Abdul Karim, who is Assistant Minister of Youth Development, said: “I am just dumbfounded by YB Chong calling the ROS ‘trying to be funny and nasty’ when the ROS announced that Parti Amanah Negara (Amanah) cannot carry out any activities until it has successfully changed its name from Malaysian Workers Party.

“As a lawyer, YB Chong should be well aware that a party cannot start operating or doing activities until they are registered. That is how the law is and any lawyer would agree with that.

“We uphold the ‘Rule of Law’ and chaos would happen if everyone is to take the laws into their own hands,” Abdul Karim said.

He added: “Parti Amanah is not even registered yet, so no activity using that name should be allowed just yet.”

Chong, who is also Bandar Kuching MP and Kota Sentosa assemblyman, had asserted that there was no reason for ROS not to approve the proposed change of name to Amanah. 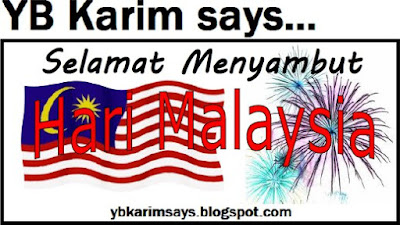 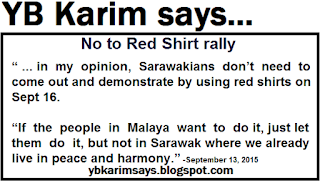 KUCHING: Sarawakians are urged to stay away from the Red Shirt rally scheduled to be held on Wednesday as it will only mar the sanctity of Malaysia Day celebrated on that day.

Assistant Minister of Youth Development (Urban Areas) Datuk Abdul Karim Rahman Hamzah said there was no need for them to join the rally in Kuala Lumpur or even organise it here even though it might proceed as planned by the organisers.

“This is what happens when some leaders choose a certain name or colour to organise rally in the pretext of democracy in a plural society such as Malaysia.

If Bersih 4.0 were able to go out and demonstrate, there will be others too who want to do the same.

“But in my opinion, Sarawakians don’t need to come out and demonstrate by using red shirts on Sept 16.

“If the people in Malaya want to do it, just let them do it, but not in Sarawak where we already live in peace and harmony,” he said when contacted yesterday.

Abdul Karim, who is also Parti Pesaka Bumiputera Bersatu (PBB) supreme council member, said the Bersih 4.0 in Kuching on Aug 29 proved to be a failure after it ended abruptly amid conflict among the opposition. 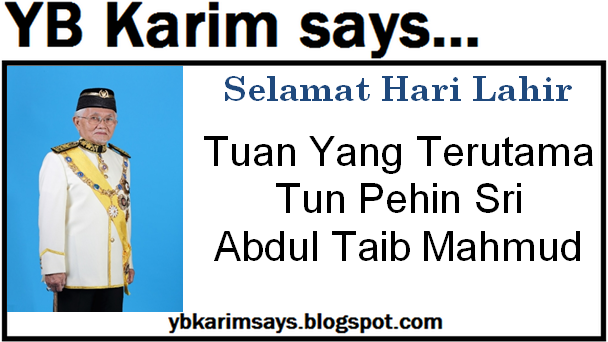 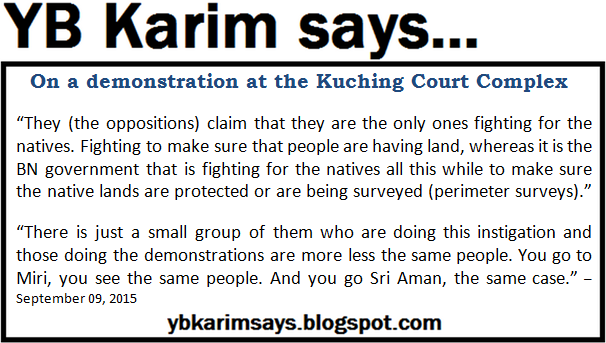 KUCHING: Opposition party members present at the Kuching Court Complex yesterday were just using villagers to demonstrate at the hearing of the state government’s appeal on the extent of Native Customary Rights (NCR) over land relating to pemakai menoa and pulau galau as a publicity stunt.

Assistant Minister of Youth Development Datuk Abdul Karim Rahman Hamzah said opposition members had instigated the villagers to think that the government would take their land.

“This is not very good and unbecoming of them,” he told reporters.

“These are the things which the opposition parties should bear in mind. You should not instigate the public to come to places like court to demonstrate.”

Abdul Karim pointed out that the villagers had brought along posters, banners and even ancestral skulls.

“How is it if the decision is not in their favour? Are they going to be violent?” he questioned.

He pointed out that the Federal Court should be allowed to make its judgement freely. 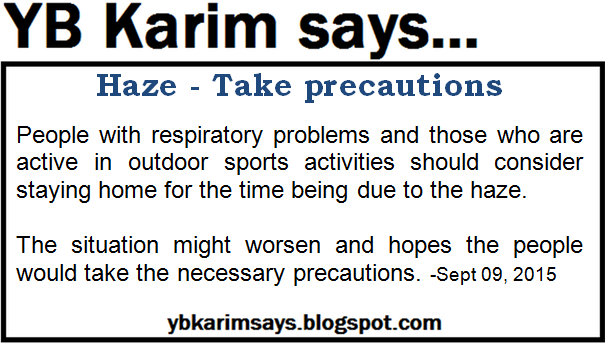 KUCHING: People with respiratory problems and those who are active in outdoor sports activities should consider staying home for the time being due to the haze.

Assistant Minister of Youth Development, Datuk Abdul Karim Rahman Hamzah, who gave this advice, cautioned that the situation might worsen and hoped the people would take the necessary precautions.

“It is unfortunate, and we hope Indonesia will do something to curb this annual environmental disaster,” he said when met by reporters covering the opening of a halal cafe here yesterday.

“It is better to reduce activities outside.”

On the haze situation in Kota Samarahan, he said it was not as bad as the one on Monday.

“It (situation in Kota Samarahan) has not reached the dangerous or critical stage yet, but in the city of Medan in Sumatra, Indonesia, the visibility is very bad and very unhealthy.”