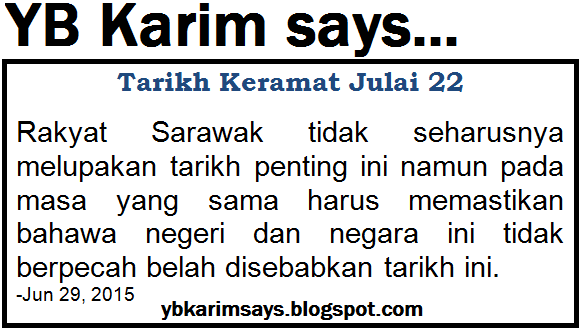 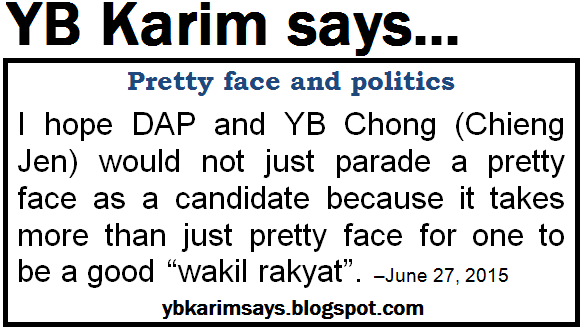 SIBU: DAP’s likely candidate for Katibas for the coming state election has certainly caught the attention of political observers, if not for his political wits at least his good look.

He is Paren Nyawi, who won the Mr Borneo Hornbill Festival 2011 title.

This native of Rumah Jarop, Song was introduced to the public as a likely candidate for DAP by party state chairman Chong Chieng Jen last Sunday at a function in Rajang Park here.

Putting Paren in the limelight has made him a talking point among political watchers, some of whom believe he could draw big support from the younger group.

The opposition believe he could pose a stiff challenge to Barisan Nasional.

Responding to the development, PBB Supreme Council member Datuk Abdul Karim Rahman Hamzah said Malaysia was a democratic country and any citizen could contest in the election.

Question of winning or losing is another matter, he added. 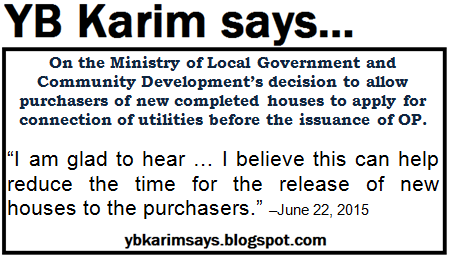 SIBU: Allowing purchasers of completed housing units to apply for utility connections before the issuance of Occupation Permit (OP) is a development that Assistant Housing Minister Datuk Abdul Karim Rahman Hamzah is happy with.

Previously, he said, utilities could only be applied after the OP was issued.

“I am glad to hear that the Ministry of Local Government and Community Development agree in principle to allow purchasers of new completed houses to apply for connection of utilities to these houses before the issuance of Occupation Permits or OP.

“I believe this can help reduce the time for the release of new houses to the purchases,” Abdul Karim, who is Asajaya assemblyman, told The Borneo Post yesterday.

Sarawak Housing and Real Estate Developers Association (Sheda) had also lauded this decision by the ministry.

Sheda president Joseph Wong Kee Liong reportedly said in a statement recently that the leeway given by the ministry was valid, provided that the affected developers furnish a letter of undertaking to the relevant local councils. 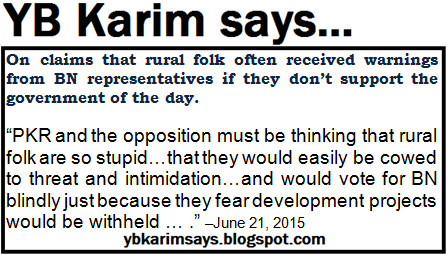 “It’s all there in BN party…unlike PKR which was set up purely to release Datuk Seri Annuar Ibrahim from prison.

“We have many elections held since Independence and we can see that the rural folk have made their decision which party they want to form the government. The reason is that they want development, stability, prosperity and a government that can look after them,” Abdul Karim, who is Asajaya assemblyman, told The Borneo Post yesterday.

PKR Kanowit secretary George Chen claimed at a press conference on Thursday that rural folk often received warnings from BN representatives that projects would be cancelled, services of tuai rumah (headmen) terminated, scholarships withdrawn and so on if they did not support the government of the day.

Chen further claimed that such tactic did not work these days as the rural folk were more politically mature and knew how to judge for themselves.

Abdul Karim, who is PBB Supreme Council member, said: “PKR and the opposition must be thinking that rural folk are so stupid…that they would easily be cowed to threat and intimidation…and would vote for BN blindly just because they fear development projects would be withheld, tuai rumah services terminated or scholarship withdrawn if they refused to support the government of the day.

“This only exists in the mind of PKR and opposition leaders who feel that the non support of the people for them is because the BN government is playing dirty and using threats to hold on to power.” 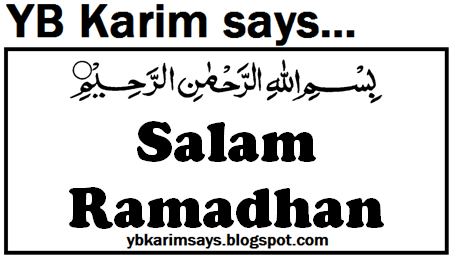 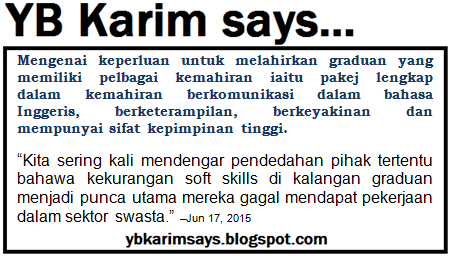 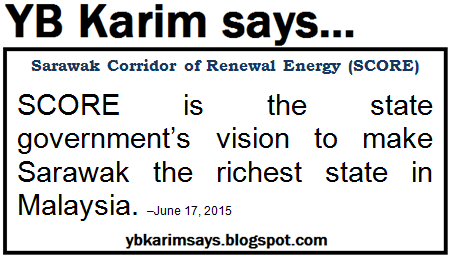 “Very often we hear that graduates these days lack exposure on soft skills – the main reason they could not find jobs in the private sector,” he said at the closing of Familiarisation Week for students in the June 2015 intake at the polytechnic’s Dewan Jubli Perak here yesterday.

“I remind the academic management of PKS not to focus on passing academics alone,” he added.

His text of speech was read by Semariang Assemblywoman Sharifah Hasidah Syeed Aman Ghazali representing him at the closing ceremony. Sharifah is also political secretary to the chief minister.

Karim said based on statistics from PKS, he is confident the polytechnic can produce semi-skilled workers for the state by 2030.

“My confidence is based on the essence of the Malaysian Education Development plan for higher education launched by the prime minister on April 7, 2015 with the main focus to strengthen the role of Technical and Vocational Education and Training (TVET) institutions under the Ministry of Education – namely polytechnics, community colleges and vocational colleges nationwide,” he said.

Another white-rumped shama owned by Hairie Akmal, which also took part in the competition, was second while Gregory Lim’s Murai Hitam bird took the third place.

Hairie Akmal’s bird also took the title of ‘Best of the Best Birds’.

In the Murai Kampung category, the bird owned by Awang Abdul Hakim Awang Mahmud was declared as champion. 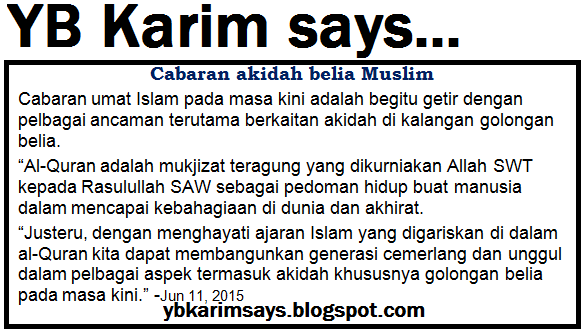 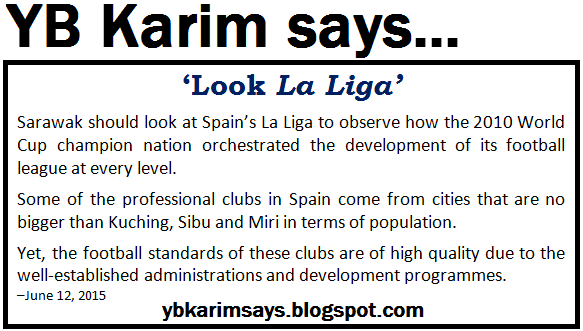 KUCHING: Establishing well-organised teams and leagues at various divisions throughout the state is the way forward to improve the standard of football here.

Assistant Minister of Youth Development (Urban Areas) Datuk Abdul Karim Rahman Hamzah said the state should look at Spain’s La Liga to observe how the 2010 World Cup champion nation orchestrated the development of its football league at every level.

He cited that some of the professional clubs in Spain come from cities that are no bigger than Kuching, Sibu and Miri in terms of population.

Yet, the football standards of these clubs are of high quality due to the well-established administrations and development programmes.

In the long run, he hoped that proper teams of quality standard would emerge to do the state proud.

“We were discussing recently, how impressed we were with the football league in Spain. The cities in Spain, some of them are not that big in terms of population but the football teams that they have at various cities are so well organised. 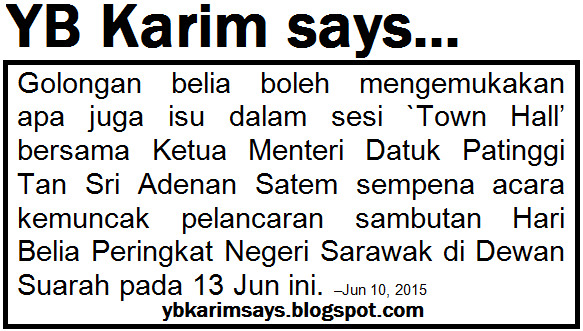 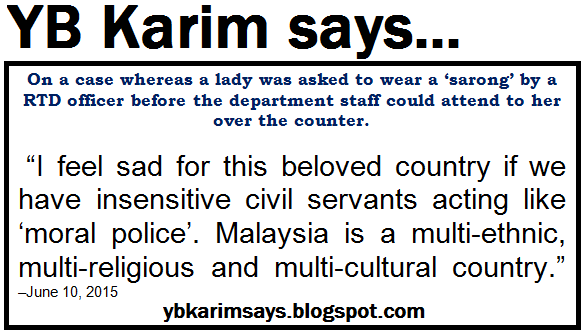 SIBU: The incident of a woman given a ‘sarong’ to wear before being attended to by Road Transport Department (RTD) officers draws brickbats from Assistant Minister of Social Development (Youth) Datuk Abdul Karim Rahman Hamzah.

He said the Chief Secretary to the Government and his officers should not be overzealous when addressing this attire issue.

“Don’t make a mockery of Malaysia. Sarawak should tell the chief secretary that this ridiculous ruling is not applicable to federal government agencies in the state in order to preserve the existing racial and religious harmony.

“I feel sad for this beloved country if we have insensitive civil servants acting like ‘moral police’. Malaysia is a multi-ethnic, multi-religious and multi-cultural country,” said Abdul Karim, who is Asajaya assemblyman.

He was commenting on the Facebook posting where the woman included a photograph of herself wearing a blouse and a skirt that reached just above her knees, claiming that she was handed a ‘sarong’ by a RTD officer to wear before they could attend to her over the counter.

The woman also posted another picture of her in the premises wearing the ‘sarong’.

She was handed the ‘sarong’ while lining up to get the queue number to transfer ownership of her car which she had sold. 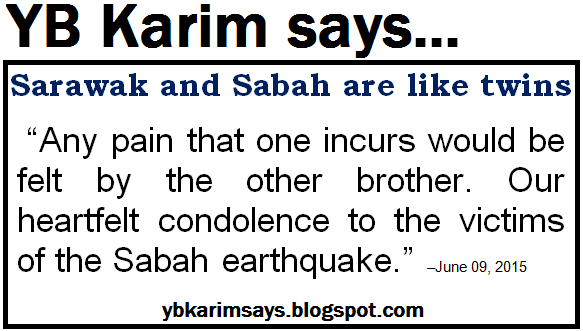 KUCHING: The contribution of RM1 million and offer of logistics assistance by the Sarawak state government to Sabah in the wake of last Friday’s earthquake reflects the closeness of Sarawak to its neighbour Sabah, Datuk Abdul Karim Rahman Hamzah said.

In fact, added the Assistant Minister of Youth Development when extending his heartfelt condolences to the Sabah earthquake victims yesterday, the two states were like twin brothers.

“Any pain that one incurs would be felt by the other brother. Our heartfelt condolence to the victims of the Sabah earthquake,” Abdul Karim, who is also Assistant Minister of Housing, said when contacted yesterday.

The Asajaya assemblyman was commenting on the state government’s gesture in donating RM1 million and offering logistics assistance to Sabah on Monday.

Chief Minister Datuk Patinggi Tan Sri Adenan Satem in his Facebook posting said Sarawak sympathised with what happened in the neighbouring state and hoped the affected families would be patient in facing the tragedy.

Adenan’s chief political secretary Abdullah Saidol said the chief minister’s decision to assist Sabah was not just a diplomatic act but also represented his natural gesture as a caring person. 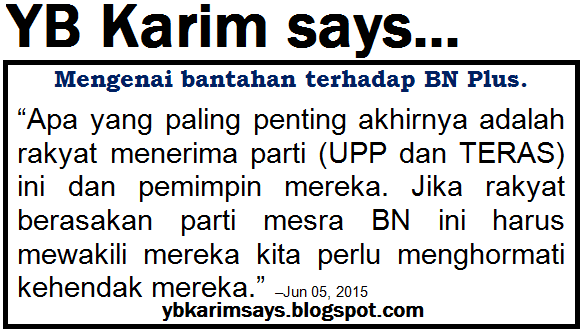 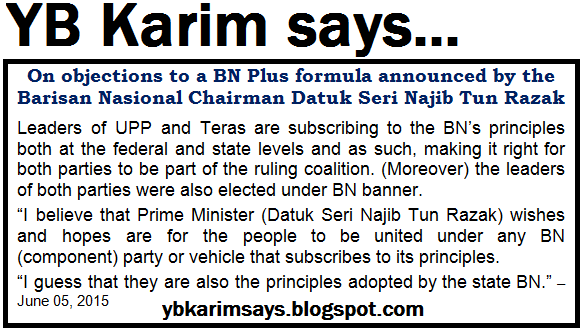 KUCHING: Leaders of United People’s Party (UPP) and Parti Tenaga Rakyat Sarawak (Teras) are subscribing to Barisan Nasional (BN)’s principles both at federal and state levels and as such, making it right for both parties to be part of the ruling coalition.

Making such remarks, Assistant Minister of Youth Development Datuk Abdul Karim Rahman Hamzah, added that the leaders of both parties were also elected under BN banner.

“I believe that Prime Minister (Datuk Seri Najib Tun Razak) wishes and hopes are for the people to be united under any BN (component) party or vehicle that subscribes to its principles.

“I guess that they are also the principles adopted by the state BN,” he told The Borneo Post via WhatsApp yesterday.

Abdul Karim was asked on a statement by SPDP rejecting the BN-Plus concept endorsed by Najib during the ‘Leader-Meets-People’ session at Stadium Perpaduan here on Thursday.

The statement by senior SPDP members rejected such concept, saying that it – among other things – would destroy the cooperation between existing BN component parties that had served as the bedrock of unity and strength of the coalition.

On this, Abdul Karim – who is also Asajaya assemblyman – stressed that the BN-friendly approach by leaders of Teras and UPP had seen them being retained in the state cabinet and attending numerous state functions.

It is just a matter of time PR will collapse 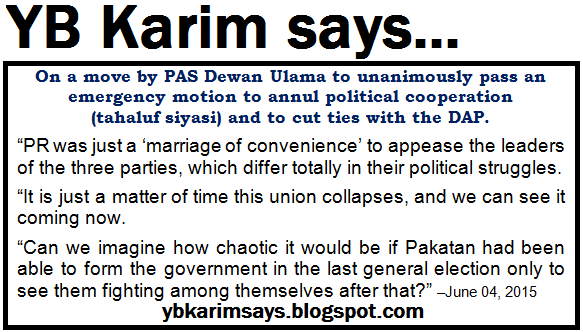 SIBU: Only BN can ensure stability, continuity and harmony of the nation as the opposition pact is constantly at loggerheads, said Assistant Minister of Youth Development Datuk Abdul Karim Rahman Hamzah.

It would just be a matter of time before Pakatan Rakyat collapsed, he said when asked to comment on the move by PAS Dewan Ulama on Wednesday to unanimously pass an emergency motion to annul political cooperation (tahaluf siyasi) and to cut ties with the DAP.

Mokhtar also reportedly said Pakatan Rakyat was dissolved in Sarawak and Sabah due to pressure from the DAP, who not only disagreed and opposed, but lobbied PAS members to reject efforts to enhance the Kelantan Syriah Criminal Code enacted in 1993.

To this, Abdul Karim, who is also PBB Supreme Council member, said: “I see this moment coming from the day Pakatan Rakyat or PR was formed.

“PR was just a ‘marriage of convenience’ to appease the leaders of the three parties, which differ totally in their political struggles.

“It is just a matter of time this union collapses, and we can see it coming now. 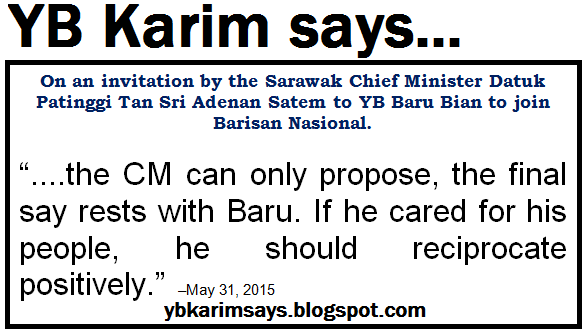 SIBU: Ba Kelalan assemblyman Baru Bian should consider Datuk Patinggi Tan Sri Adenan Satem’s offer to him to join the state BN if he is serious in wanting to help his people.

He reckoned this was also something for Krian assemblyman Ali Biju to think through.

“Why not … if he (Baru) is serious in wanting to help his people. There is no point just talking only, knowing that he cannot deliver or walk the talk.

“He is wise enough not to drag his people into the doldrums much longer. They are in dire need of development, and the chief minister is kind enough to make such offer in public.

“It is up to him and also YB Ali to ponder upon,” Dr Rundi, who is Assistant Minister of Public Utilities (Electricity and Telecommunications), told The Borneo Post yesterday.

On Saturday, at the Irau Aco Lun Bawang 2015 festival in Long Tuma in Trusan, Adenan invited Baru to join the state BN.