SUPP president Tan Sri Dr George Chan said the Opposition front was too flexible in its ideology by working with different parties with different goals.

“Since the DAP can work with PAS, it shows they are willing to work with any party, despite their opposing ideologies,” Dr Chan told The Star yesterday.

“The Opposition front is a mix of strange bedfellows. I cannot see clearly what is their ideology. I think that is not going to work. Either you believe in certain things or you do not. You cannot have so many different ideologies working together.”

Parti Rakyat Sarawak (PRS) president Datuk Seri Dr James Jemut Masing said SNAP itself did not know where it stood. Masing claimed SNAP had some members who preferred the party to be aligned to Barisan.

“It is not a united party. It is a party that does not know what it really wants. There are factions within it that believe in different things. Any party that is not united will end up confusing voters.”

Lai juggles between job and caring for cancer-striken daughter


AMBER Chin has been in and out of Sarawak General Hospital (SGH). This seven-month-old infant started suffering from liver cancer when she was only three months old.

Her mother Lai Sze Wei, 26, said that Amber had to go to the hospital every two weeks for chemotherapy. She has to stay in the hospital for three to four days each time and Lai can never leave her alone. 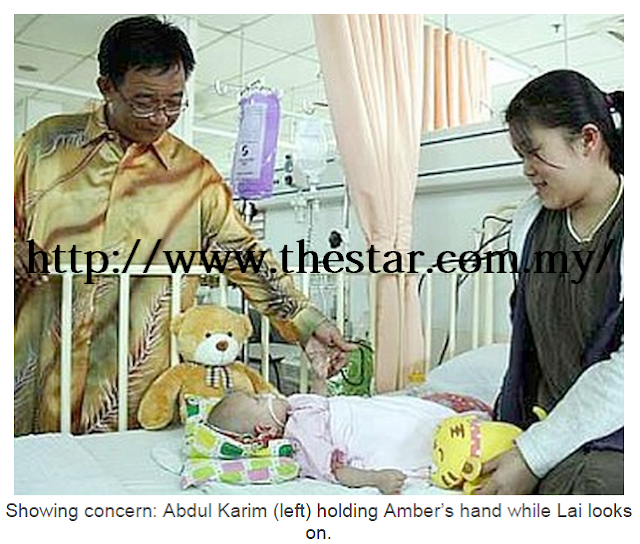 “Normally, my in-laws look after her when I go to work, but when she has to go to the hospital, I have to apply for leave to keep her company ” said Lai, who works as a clerk.

During a recent visit by Asajaya assemblyman Abdul Karim Rahman Hamzah and members of the Indian Association of Kuching, Amber was all smiles.