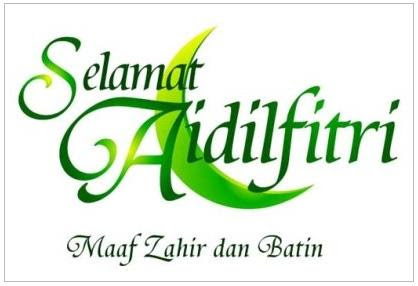 The Golden Jubilee Commemorative Medals were presented in conjunction with the 50th anniversary celebration of Sarawak’s independence within Malaysia to those who had contributed to and sacrificed towards the development of the state after independence.

He believed that an amicable solution could be found to resolve the current political development without exerting a strain on the coalition.

“But being a democratic country, they do have a role to play as a responsible opposition.

“The presence of new political parties and especially those from SPDP and SUPP that has set up new parties but still declare they are supporting BN and even sitting in the state cabinet, will make the forthcoming election interesting,” Abdul Karim, who is Assistant Minister of Youth Development and Asajaya assemblyman said.

KUCHING: A lawmaker has called for an all-out check against the proliferation of home-made guns in the state.

Asajaya assemblyman Datuk Abdul Karim Rahman Hamzah said the police and government must put a stop to the increasing number of the weapon otherwise it will be a “disaster” for the state.

The Assistant Youth Development Minister pointed out that he was unsure whether home-made guns were getting out of control in the state but urged the authorities to act swiftly and urgently.

“I’m unsure whether home-made guns are getting out of control in the state, but looking at incidences of home-made guns being used in crimes and the number of these guns being seized in the last few years, there seems to be an increase.

“This is not healthy and the police and government must go all out to check this upward trend and put a stop to it,” the Assistant Housing Minister, who is a lawyer by training, wrote in his SMS.

He stressed that whether the guns were home-made or factory manufactured, they could kill or maim someone, and once they got into the wrong hands could cause disaster to the state.

Stop students from being used as drug distributors

“If it is not curtailed early, our future generation can be destroyed,” he cautioned when reacting to a Bernama report that drug syndicates in the country had become more and more daring by using schoolchildren to distribute drugs.

The report further quoted Deputy Home Minister Datuk Wan Junaidi Tuanku Jaafar as saying schoolchildren were now being targeted by the pushers as they saw a good market in schools.

According to Wan Junaidi, students were easily influenced because there were those among them who did not know the ill effects of drug abuse.

Wan Junaidi also reportedly said they would identify hotspots in the country and implement prevention programmes.

Abdul Karim, who is Asajaya assemblyman, warned that drug syndicates would use all avenues to make more money as to them it didn’t matter whether the drug users were school children, women, poor folks, rich folks or professionals.

What was important to them, he added, was getting more people to become drug users because more users meant more money for them.

Galeri: Handing over of TBS' financial aid to mosques and suraus in Samarahan, Sadong Jaya and Asajaya

SIBU: DAP’s call for the adoption of the 10-Point Policy Reform is an attempt to claim credit by riding on the success of BN’s good policies and the chief minister’s noble intentions.

State BN secretary-general and Kemena assemblyman Datuk Dr Stephen Rundi suggested this as the opposition was running out of issues to harp on for political mileage.

“So what better thing to do than ride on our good policies and good intentions of our YAB CM and claim credit for their political gain.”

Government must forewarn citizens on do's and don'ts in the cyber world, Karim says

SIBU: The government’s appeal to citizens not to harm harmony and security via social media needs to be backed up with action.

He was asked on the clarion call by Deputy Defence Minister Datuk Abdul Rahman Bakri for people not to misuse the social media.

“I certainly agree to the call by the Deputy Defence Minister for people not to use social media to threaten harmony, security and sovereignty of our country.

KOTA SAMARAHAN: The initiative by Sarawak National Youth Organisation (Saberkas) and Beras Nasional Berhad (Bernas) to distribute packets of ‘bubur lambuk’ during the Ramadan month has always been the highlight for Muslims throughout the state.

According to Assistant Minister of Youth Development Datuk Abdul Karim Rahman Hamzah, the distribution of bubur lambuk (porridge) will also enable families to have an extra dish during the breaking of fast besides the more traditional menu of ‘kuih muih’.

“This is the eleventh year for Saberkas and also the seventh year for Bernas to jointly distribute bubur lambuk to Muslims across the state,” he said during the Jerayawara Bubur Lambuk Saberkas Bernas 2014 at Masjid Kampung Baru here yesterday.

"Does this young politician know that PBB has the most Dayak YBs and leaders?"

KUCHING: PRS Youth exco member Cr Bakat Gira has been advised to get his facts right rather than jumping into conclusion and veering into unrelated topics when making his statement.

Bakat’s comment that PRS Youth was concerned that the newly formed party Teras would further split the Dayak community and erode their support for BN in the next state election has made PBB Supreme Council member Datuk Abdul Karim Rahman Hamzah rather amused.

“Though I don’t wish to have a debate over a trivial issue, I can’t help but be amused over comments made by some aspiring ‘young politicians’ who don’t seem to understand what I have queried in my earlier statement the past few days,” he said in a statement yesterday.

Abdul Karim, who is Asajaya assemblyman, pointed out that he had only queried on why PBB was not invited to the ‘merger of minds’.

“Never did I mention about Teras as I feel that the matter is best discussed and resolved within the state BN and federal family, which is totally not within my purview to question.

“I also never mentioned about Teras formation and its after-effect of splitting the Dayak community,” he reiterated.

However, Abdul Karim, who is also Assistant Minister of Housing, said he was equally as concerned as Bakat with Dayak unity.

Abdul Karim, who is Asajaya assemblyman, said the gangster-like manner does not bode well with the MP and assemblyman being elected representatives.

He felt they should have gone through a proper channel to voice their discontent.

He was referring to the news report carried by The Borneo Post, where an MP and assemblyman lost their cool in the sweltering heat on Wednesday morning – shouting and shoving at a representative of Marina Park developer over parking lots at Miri Waterfront Commercial Centre.

It was reported that Miri MP Dr Michael Teo and Pujut assemblyman Fong Pau Teck were angry after a heated argument with representative from the developer who insisted that the project was legal and above board.

Both had earlier been reported to have stopped the contractor from continuing with their parking lot conversion work.

A police team had to be called in while the drama attracted a sizeable crowd.

Karim not convinced by Masing's clarification on 'merger of minds'

With the state election still far off, he was baffled that the three BN component parties had continuously made a ruckus through the press to express their dissatisfaction.

“Why are they (PRS, SPDP and SUPP) all jittery about seats at this moment of time. The state election is still very far away and the State Legislative Assembly (DUN) is not even dissolved yet.

“Why the furore about seats at this time and why was PBB not invited or being approached even if it’s to discuss (about) seats?” he argued.

He was responding to a statement by PRS president Tan Sri Datuk Amar Dr James Masing that the ‘merger of minds’ among SUPP, SPDP and PRS was still relevant even though Pelagus assemblyman George Lagong had been offloaded from the Teras bandwagon.

Abdul Karim, who is also Assistant Minister of Housing, said: “If the merger is aimed to strengthen BN, why was PBB not in the picture? Doesn’t it look stronger if PBB is included together (in the merger of minds)?”

The Assistant Minister of Youth Development and Asajaya assemblyman remained unconvinced even though SPDP and PRS youth wings had explained that the reason why PBB was not invited was because the party was not affected in terms of seat allocations.
Read more »
Posted by YB Karim says... at 9:37:00 am 3 comments: