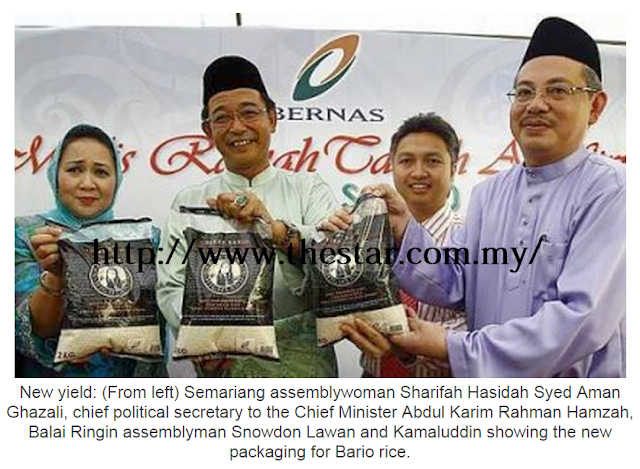 BARIO rice is of high demand outside Malaysia but production could not meet the need.

Beras Corporation Sdn Bhd, a subsidiary of PadiBeras National (Bernas), said production constraint was one of the main reasons why Bario rice could not go beyond Malaysian shores yet.

Its chief executive officer Mohd Kamaluddin Mohd Effendie said they had tried to promote the rice in Italy, Hong Kong and Singapore, and the response was good.

”There were also requests for this rice to be exported there, but unfortunately we are unable to meet the requirement, especially on the production part,” he told newsmen at the launch of the new Bario Rice trademark at its premises in Kuching yesterday.

The Bario rice has been re-branded under the name “Bario O’ Grain”.

Mohd Kamaluddin said so far the total production for Bario rice was only about 50 tonnes per year while the supply was dwindling now.

He said the decreasing trend was likely to continue since most of the youths from Bario had migrated to towns and cities in search of work and higher income.