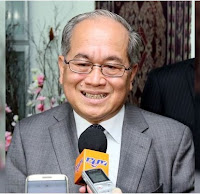 KUCHING: The federal cabinet reshuffle announced by Prime Minister Datuk Seri Najib Tun Razak yesterday is a disappointment for the state, as the minister’s post vacated by Datuk Amar Douglas Uggah Embas was not filled by a Sarawakian.

Uggah, who stepped down as Plantation Industries and Commodities Minister to take up the post as the state’s Deputy Chief Minister, said many had expected the replacement for his federal post to come from the state.

“I am very disappointed that no MP from Sarawak was considered to take over my former position. We believe one of our MPs is qualified enough to be appointed. I am speaking on behalf of Pesaka wing in Parti Pesaka Bumiputera Bersatu (PBB).”

Uggah, who is PBB senior vice president and still the Betong MP, contested in the last state election in Bukit Saban constituency where he won by 4,599 vote-majority in a straight fight.

He was appointed Deputy Chief Minister in the new state cabinet lineup announced on May 13 and he was also given the portfolio of Minister of Modernisation of Agriculture and Rural Economy.

Lawas MP Datuk Henry Sum Agong who was appointed Deputy Minister of Domestic Trade, Cooperatives and Consumerism is the only appointment from Sarawak.

Prior to yesterday’s federal cabinet announcement, speculations were rife that Kapit MP and Deputy Minister of Rural and Regional Development Datuk Alexander Nanta Linggi or Saratok MP Tan Sri William Mawan Ikom would be appointed to take up the post vacated by Uggah.

KUCHING: It is important for the government to review its death penalty legislation to restore judicial discretion in sentencing, said Assistant Minister for Youth and Sports Datuk Abdul Karim Rahman Hamzah.

Lauding the move, he believes that sentencing is part of the cardinal principle of judicial independence that should be left to the judges.

He said with their experience in hearing cases, judges would take into account the peculiar facts and circumstances of each case as they make comprehensive consideration when meting out punishment.

He felt that mandatory sentences create an unnecessary fetter on judicial discretion and an unwarranted impediment to the administration of justice.

“I fully agree that the Malaysian Government should have a relook at its death penalty legislation. The area that needs serious consideration for amendment are offences where only one decision is provided, that is the mandatory death penalty.

Abdul Karim was commenting on Minister in the Prime Minister’s Department Nancy Shukri’s statement that the Attorney-General’s Chamber will prepare a paper on the amendments to the death penalty legislation for submission to the government.

SIBU: Methods to address the menace of drug abuse need to be revisited as such cases continue to rise.

Assistant Youth and Sports Minister Datuk Abdul Karim Rahman Hamzah said he believes the main reason is the lack of strong and committed law enforcement against drug trafficking and abuse.

“We need a revisit on how we should address the drug abuse problem as despite all the stringent laws, drug trafficking and abuse seem to be on the increase,” he told thesundaypost when commenting on the Malaysia Crime Prevention Foundation’s (MCPF) call for the Ministry of Education to take the worsening drug abuse among students to the cabinet for immediate action.

“Too much money is at stake and I am not surprised, the lack of commitment, enforcement, prosecution and committal of offenders has something to do with that.”

He called on parents and schools to play a bigger role in educating children to shun drugs.

“The war against drug abuse is a long and tough battle and if we lose this war, our future generation will be at stake,” he added.

‘KPI will keep BN lawmakers on their toes’ 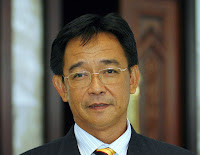 KUCHING: The key performance indicator (KPI) introduced by Chief Minister Datuk Patinggi Tan Sri Adenan Satem for ministers and Barisan Nasional (BN) lawmakers will serve as a reminder for them not to rest on their laurels.

Assistant Housing Minister Datuk Abdul Karim Rahman Hamzah said the KPI would ensure that all BN elected representatives – particularly those in the state cabinet – would maintain a high standard of performance and delivery to the people. He deemed the introduction of the performance-based management report a positive move, adding he was sure BN elected representatives would have no problem maintaining standards.

“A good advice and reminder by our chief minister. This will keep the assemblymen and ministers on their toes. However, keep in mind that BN elected representatives have always been dedicated and committed to their constituencies. Nevertheless, the caution is a good reminder for them not to rest on their laurels,” the Asajaya assemblyman told The Borneo Post when contacted yesterday.

Abdul Karim was commenting on the setting up of performance-based management for all ministries, where all ministers are required to have their own KPIs as stated by Adenan in his winding-up speech at the State Legislative Assembly (DUN) on Wednesday.

All BN lawmakers are also required to have their own KPIs, in which a report must be submitted to Adenan every six months.

Adenan said inept ministers would be dropped from the state cabinet, while non-performing elected representatives would not be nominated to defend their seats in the next state election. 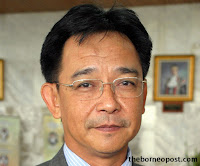 Assistant Minister for Housing Abdul Karim Rahman Hamzah said applications for funds have been submitted to the National Housing Department. The plan is to get the project going next year.

He told Dato Sebastian Ting Chiew Yew (BN-Piasau) yesterday that 505 units of low cost houses had been completed in Lambir earlier this year and would be distributed to those eligible soon.

“The selection process for the affordable housing is as follows: applicants must be Malaysians and residents of Sarawak, gross household income (husband and wife) below RM3,000, and married, including widow, widower and single mother.

He said leeway would be given to applicants who are bachelors, aged 30 years and above, and did not have any property.

“The selection of applicants will be offered through the balloting process by the Selection Committee.”

Abdul Karim also said that in 2010, the state government set up the `State Squatter Management and Solving Committee’ and implemented `State Action Plan Management and Squatters Solving’ to address the overall issue of squatters in the state until 2020.

KUCHING: The government is serious in promoting sports throughout the state, including in rural areas, to produce world-class athletes for the future.

Assistant Minister for Youth and Sports Datuk Abdul Karim Rahman Hamzah said the state government would consider building sports facilities and centres of excellence throughout Sarawak but this would depend on the viability and availability of budget to finance such projects.

Due to financial constraints for sports infrastructure development, the Asajaya assemblyman reasoned that the building of such facilities in rural areas would depend on the needs of the local community and whether they would be fully utilised.

“It is the intention of the government to build sports facilities throughout the state especially in small townships like Long Lama. The state is serious in developing more athletes to succeed and taking up sports as a professional career. However, this would depend on the need and suitability of a particular area while taking into account the financial aspect.

“The government always aspires to produce more athletes to excel in sports and represent the country such as the likes of national diving queen Pandelela Rinong,” he said when responding to Dennis Ngau (BN — Telang Usan) during the question-and-answer session at the State Legislative Assembly yesterday.

He said this would encourage the rural community into taking up sports and successfully pursuing it as a professional career in addition to promoting a healthy lifestyle. 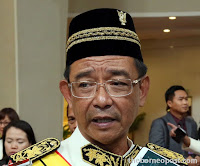 KUCHING: Assistant Minister for Youth and Sports Datuk Abdul Karim Rahman Hamzah said that Sarawak should not waste the home advantage in realising its goal to be the overall champion for the 18th Sukma (Malaysia Games).

He expressed the hope that athletes representing the state will give their best as this is the best opportunity for Sarawak to be the overall champion.

“The last time we were the champion was in 1994 and we should not let this time get away from us, with the home ground support and advantage and the backing of the State Government and the people of Sarawak,” he said at the sideline of the opening of the State Legislative Assembly (DUN) yesterday.

He also highlighted certain sports which could help Sarawak to bag gold medals in order to emerge as overall champions.

“Sarawak is not specifically focusing on one or two sports, we are focusing on the overall, but our focus on gold medals will be swimming and wushu,” he explained. “There are some sports that offer two to four medals, and there are some sports offerring up to 30 medals. We will give a lot more focus on sports that offer more medals, to be the overall champion,” said the Asajaya assemblyman.

Team officials gave status reports on their preparations for this year’s Sukma.

Karim, who is also Youth and Sports Assistant Minister, believes all preparations by the state to hosting the national games are going well and Sarawak is on track to organise a very successful 2016 Sukma.

“Our meeting was very positive. They gave me details about their preparation for the coming Sukma and after listening to their respective reports, we hope that Sarawak can achieve its targets that the team have set before the games,” he said.

“I only received the letter (of appointment) a few days ago. I hope that under my stewardship, Sarawak will achieve great heights in Sukma,” he added. 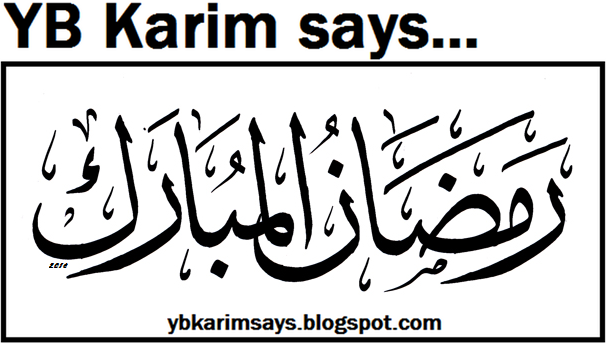 SIBU: The government has been urged to curb illegal distilling of alcohol and control the sale of locally brewed liquors as many youths are addicted to the cheap brew.

Assistant Youth and Sports Minister Datuk Abdul Karim Rahman Hamzah pointed out while the sale of alcoholic beverages will be restricted to people above 21 years old from the current 18, starting Dec 1, 2017, sale of illegal liquors is outside the law and young drinkers prefer cheap brews and alcohol from local distilleries because they more affordable .

“The government has to come down hard on these breweries whether they are licensed or not,” Abdul Karim, who is also Assistant Housing Minister told The Borneo Post yesterday.

The Asajaya assemblyman was commenting on Health Minister Datuk Seri Dr S Subramaniam’s statement that come Dec 1, 2017, the sale of alcoholic beverages would be restricted to people above 21 years of age.

Abdul Karim said it was heartening to hear that the federal government is regulating and restricting the sale of alcoholic drinks to only those 21 years and above instead of 18 yrs as it is now.

The PBB strongman told FMT that Mahfodz needed to widen his knowledge of Islam. He was reacting to a news report in which Mahfodz was quoted as saying that Sarawak Muslims were not practising the true Islamic way of life.

Karim said it was wrong for Mahfodz to say that Sarawak Muslims were ignorant just because they did not support PAS.

He accused PAS of holding to a false interpretation of Islam, recalling that the party once attached the “infidel” label to Malays who supported Umno.

“Mahfodz himself is not guaranteed a place in heaven,” he said. “Yet he has accused his fellow Muslims of not living an Islamic way of life.”

Karim said Sarawak probably had the most organised bait ul-mal (Islamic treasury) and mosque management in the country.

“We don’t need PAS to tell Sarawak Muslims how to do things,” he said. “We just want to tell the party that God despises those who want to create disunity in the Muslim community.”