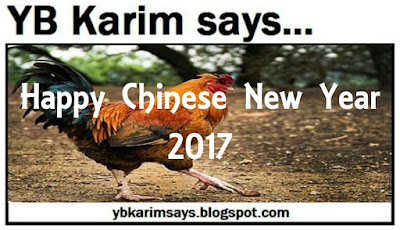 THANK YOU to Sarawak PKR and its chairman Baru Bian 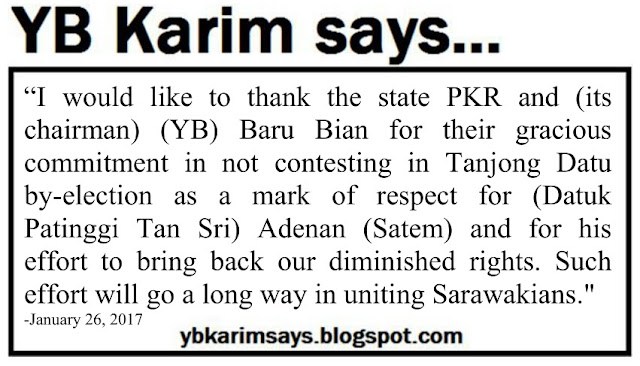 KUCHING: Parti Keadilan Rakyat (PKR) has been credited for its commitment in not contesting in the upcoming Tanjong Datu by-election.

Assistant Minister for Housing Datuk Abdul Karim Rahman Hamzah said by not contesting in the by-election, PKR had shown maturity in their political struggle and also showed that it did not oppose just for the sake of opposing.

in Tanjong Datu by-election as a mark of respect for (Datuk Patinggi Tan Sri) Adenan (Satem) and for his effort to bring back our diminished rights. Such effort will go a long way in uniting Sarawakians,” he told The Borneo Post yesterday.

Baru, in announcing the party’s decision not to contest in Tanjong Datu by-election on Wednesday, said it was a gesture to let Chief Minister Datuk Amar Abang Johari Tun Openg and the state government continue implementing the vision and policies that Adenan made for Sarawak while he was the chief minister. 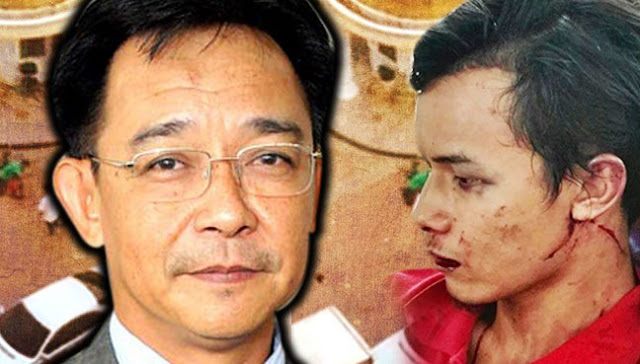 PETALING JAYA: An official of Sarawak’s ruling party has urged the police to take severe action against the attackers of a lorry driver in last Saturday’s incident in Ampang.

Speaking to FMT, PBB supreme council member Abdul Karim Rahman Hamzah said the culprits must face the full brunt of the law even though the victim has agreed to settle the matter amicably.

“I’m sure many, like myself, want to see justice being done,” he said, adding that no one deserved such a “brutal beating” over a minor accident.

A video recording of the incident has gone viral since it was uploaded to the internet. In the two-minute clip, the lorry driver is seen being attacked by a man in a green shirt.

Shortly afterwards, the first attacker is joined by four others and the group starts kicking the driver as he lays on the ground.

‘Second-Hand Dealer’s Act no bite if no manpower’ 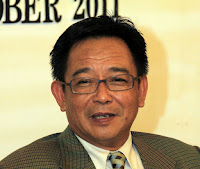 SIBU: Unscrupulous dealers may still find a way to beat the system if the Second-Hand Dealer’s Act is not properly regulated and enforced.

As such, Assistant Minister for Youth and Sports Datuk Abdul Karim Rahman Hamzah feels that the scrap metal trade should be put to a stop until there is manpower to properly regulate and monitor it.

He expressed this view when asked on state Police Commissioner Datuk Mazlan Mansor’s recent statement that the police would be fully enforcing the Second-Hand Dealer’s Act from February 1 and would be launching a state-wide operation to go after unlicensed dealers of second-hand goods.

According to Mazlan, with the enforcement of the Act, the police would be able to monitor those who purchase stolen goods and be more effective in reducing the number of cable and metal thefts in the state.

“I am very happy and applaud the Commissioner of Police Sarawak for his proactive action to go after unlicensed dealers of second-hand goods, which somehow could be a party to metal and cable theft.

He said winning the seat — which is vacant following the demise of Datuk Patinggi Tan Sri Adenan Satem — uncontested “is a very good way to finish it off.”

The Assistant Minister for Housing said: “From what we have seen since the passing of Datuk Patinggi (Adenan), you can see he is very much loved by the people.”

“We know it is democracy and that anybody can contest. But then as a sign of last farewell for his area, we’d love to see (BN-PBB) win uncontested,” he said when met by reporters after the swearing-in ceremony at the State Legislative Assembly Complex here yesterday.

Karim, who is also Assistant Minister for Youth and Sports, has absolute confidence that BN would not just retain Tanjung Datu but register a big win if there is a contest.


KUCHING: Assistant Minister for Housing Datuk Abdul Karim Rahman Hamzah is not expecting a promotion soon given his relatively short tenure in the state cabinet.

Met by reporters after the swearing-in ceremony yesterday, he admitted “I’m still junior” while pointing out that many of his counterparts had served longer than he has.

“I’m still junior. There are still so many assistant ministers who are (more) senior,” he said after the ceremony at the State Legislative Assembly Complex in Petra Jaya here.

Abdul Karim, who is also Assistant Minister for Youth and Sports, added that it was the prerogative of the chief minister whether he would be promoted to a full cabinet minister later.

“When it comes to this, we leave it to the Chief Minister (Datuk Amar Abang Johari Tun Openg).” 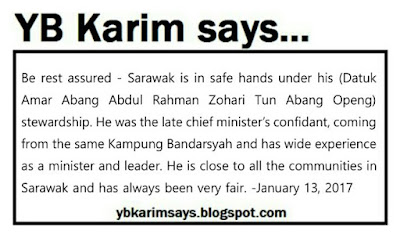 KUCHING: The appointment of Datuk Amar Abang Johari Tun Openg as the state’s sixth chief minister has been hailed as a wise and appropriate choice, political leaders from both sides of the political divide in the state said.

“His political acumen is second to none when it comes to the administration of a multi-racial and multi-religious country like Sarawak.

Masing, who is Baleh assemblyman, assured PRS would give Abang Johari their full and undivided support towards his administration of the state, in line with what the late Datuk Patinggi Tan Sri Adenan Satem would have wanted.

“Adenan’s dream for rural-biased development of Sarawak will continue with Abang Johari – in such approach of development, PRS is very certain,” he said, wishing Abang Johari all the best in looking after Sarawak and its people in the years ahead.

Many other political leaders also expressed their views and advice on the appointment of Abang Johari as chief minister and gave their thumbs up for the choice.

“It is said that political greatness is the ability to translate wisdom into action on behalf of the people. To do this requires a combination of moral virtues, practical wisdom and public-spiritedness.” 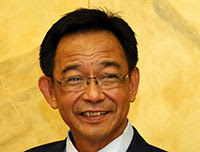 Be rest assured – Sarawak is in safe hands under his stewardship. He (Abang Johari) was the late chief minister’s (Adenan) confidant, coming from the same Kampung Bandarsyah and has wide experience as a minister and leader. He is close to all the communities in Sarawak and has always been very fair. –Datuk Abdul Karim Rahman Hamzah, Assistant Minister for Housing 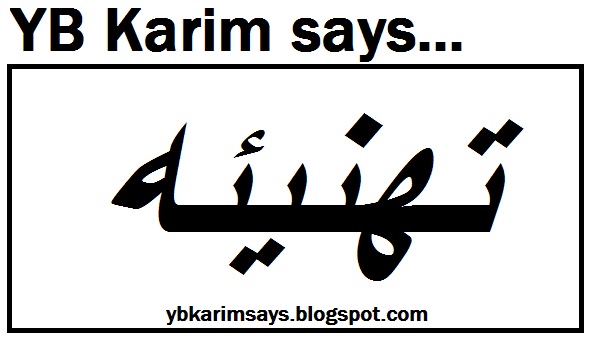 Adenan will be greatly missed - Karim 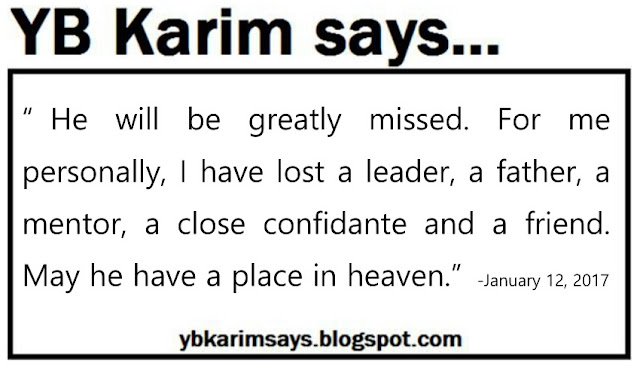 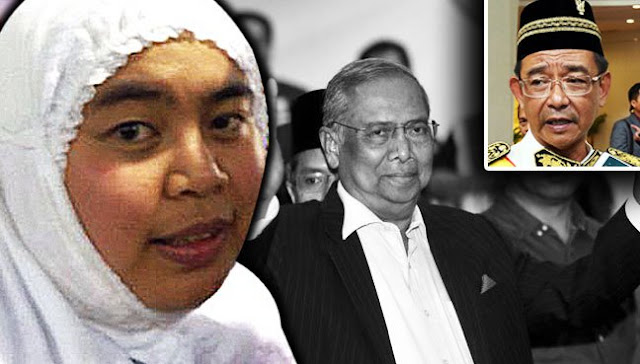 PETALING JAYA: A senior PBB leader Abdul Karim Rahman Hamzah said the state had lost a great leader, who in a short time, managed to create such a big impact on Sarawakians and Malaysians.

He said it was rare to hear negative comments about the late Sarawak Chief Minister Datuk Patinggi Tan Sri Adenan Satem, who has united Sarawakians of all races and beliefs.

“Even the opposition like him and have a lot of respect for him. He has laid the path for his successor and Sarawak,” said Karim, who is a state assistant minister for housing, Free Malaysia Today reported.

“He will be greatly missed. For me personally, I have lost a leader, a father, a mentor, a close confidante and a friend. May he have a place in heaven.”

Meanwhile Adenan's youngest daughter Aziza said : “He deserves every bit of that Sarawak flag covering his coffin because he lived and breathed for Sarawak.”

SIBU: Demand for the RM80 season tickets for the Victor Far East Malaysia Badminton Masters to be held at Sibu Indoor Stadium from Jan 17 to 22 is so overwhelming that organisers are working round the clock to cope.

“This is beyond our expectations and we’d never expected the people here to be so crazy and frenzy over the Malaysia Masters. It surely augurs well for the sport and is a right step to help promote Sibu through this international sporting event,” he told a press conference yesterday afternoon.

Besides the season tickets, Karim said the individual tickets were also selling like hot cakes. 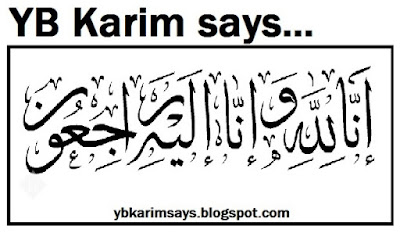 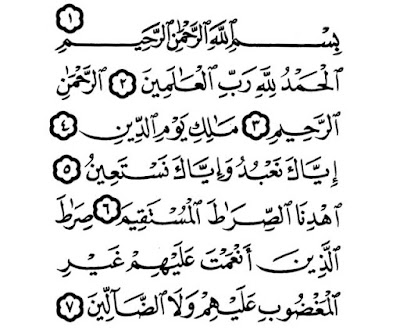 KUCHING: The authorities must stop giving flimsy excuses when it comes to enforcing the Second-Hand Dealers Act 1946.

Assistant Minister for Housing Datuk Abdul Karim Rahman Hamzah said enforcement of the Act, which was extended to the state in 2014, had been weak resulting in metal thefts being committed almost with impunity.

“Before the Second-Hand Dealers Act was extended to Sarawak, the reason given by the police for rampant theft of cables, metal, house grilles, and manhole covers was because they could not act much since the Act was not extended.

“I had my reservations then because I’ve all along believed that this problem is related to enforcement and commitment of the parties in this business in wanting to eradicate this menace,” he said when contacted yesterday.

Karim said as long as there are buyers of scrap metal, such thefts would still continue.

Majority will vote for Najib and BN in GE14 - Karim

A PBB supreme council member Datuk Abdul Karim Rahman Hamzah was confident that the majority of Malaysians would acknowledge the commitment of the Barisan Nasional government and vote for Najib and BN.

“Looking at how committed BN and our prime minister are in addressing whatever problems faced, whether it’s the economy, political issues, infrastructure development, inter-faith and religious and racial issues."

I have full confidence that the majority of Malaysians will vote for Najib and BN,” said Abdul Karim, who is Assistant Minister for Youth and Sports, The Borneo Post reported yesterday.

He was commenting on a report by a research arm of international economic daily Financial Times saying the 14th general election would be held in the third quarter of this year and Najib was on track to retain his grip on power.

Abdul Karim, who is also Assistant Minister for Housing, said Najib and BN were also committed in addressing the many nitty-gritty issues thrown at them by the opposition.

He said such repeat offenders must never be let off lightly.

He was commenting on state Crime Prevention and Community Safety Department chief SAC Shafie Ismail’s recent statement that criminals need to be treated as criminals in order for them to give up their life of crime, with a hard-line approach necessary for crime prevention efforts to bear fruit, particularly when dealing with habitual offenders. 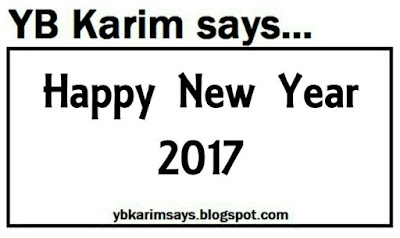