Kudos to our Chief Minister, #AbangJo who had announced that Sarawak is in no hurry to hold the next 12thState Election (PRN12) because at the moment, the state government is focusing on looking after the health of Sarawakians amidst the Covid19 pandemic.

According to him, we are still in the state of emergency and the PRN12 can be held later at any time because saving people’s lives cannot (be postponed) anytime.

Our chief minister said these when responding to our media friends inquiries after officiating Sarawak’s Covid-19 Vaccination Programme Phase I for frontliners which was held at Stadium Perpaduan in Petra Jaya this morning. He was asked to comments on whether the state election would be held as soon as the Sarawak Covid-19 Vaccination Programme would be concluded this coming August.

Abang Johari however gave assurance that the state government will continue to ensure that the health of Sarawakians and those residing in the state are prioritised to break the Covid19 chain of infection. He mentioned that “That is why we (state government) don’t think of anything else, we prioritise the people’s health first”.

In today’s press conference, our chief minister also highlighted some of the efforts by the state government to curb the spread of Covid-19 in Sarawak, including quarantining persons-under-surveillance in hotels and other accommodations around the state which costs

around RM72 million since last year.

“Our priority now is the people’s health. Money we can find, but the people’s lives cannot be replaced,” he said and added that coincidentally in the midst of the pandemic, Petronas had discovered gas in the Central Luconia Province just 80km off the Sarawak coast on Feb 10. According to him, our government will negotiate with Petronas while explaining that with the potential funds for Sarawak following the gas discovery, the state would be able to better assist our local folks. 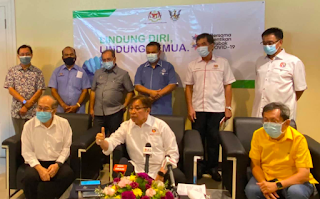 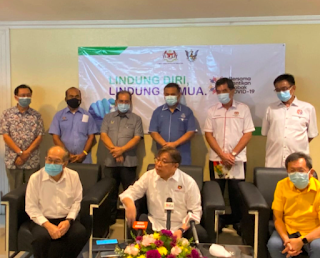