Looking forward to the opening of our new Sarawak Museum Complex

Our State government has yet to decide on the official name for the new Sarawak Museum Complex but I am hopeful we would stick to Borneo Cultures Museum as its official name. I have mentioned this to our media friends during the press conference held 10 February after the launching of the "Sarawak Museum Journal (SMJ) and the Sarawak Museum Apps.

l hope Borneo Cultures Museum is to be maintained because the island of Borneo is much well known by international scholars and researchers. The new museum building is set to be a new landmark in Kuching city. With its striking gold coloured structure, it is an icon. It is the second largest museum in South East Asia – second only to the national gallery in Singapore

We are also looking forward to the opening of the new museum soon and it aims to become a lively place for social and cultural exchange and will also become a center for learning, knowledge and research through collaborations with local and international agencies and institutions.

This is because the new complex will not only be a place to display exhibits of the past but also, a research centre with the setting up of the Sarawak Museum Department’s Research Unit. Even before the official opening of the new museum complex, the department has already received 13 submissions for research projects but which will be firstly vetted and valued by a committee.

I have lauded the development of the Sarawak Museums App which is one of the department’s initiatives to promote all of the museums in Sarawak through digital platforms.This is also in line with the digital initiatives implemented by the state government to make Sarawak as one of the leading tourism destinations in Malaysia.

By using the app, visitors are able to learn and get to know the collections in the museums and also be well informed on their activities and on-going exhibitions. Meanwhile, I have pointed out that the Sarawak Museum Journal (SMJ) publication was in fact reactivated this time around since it has not been published for several years.

First published in 1911, the SMJ was one of the leading museum publications in the region, covering wide range of research fields, especially in the studies of archaeology, anthropology, natural history, museology, ethnology and conservation. 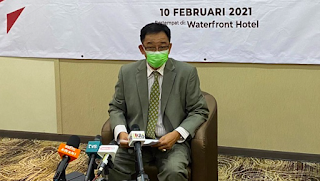 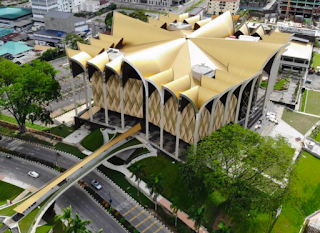 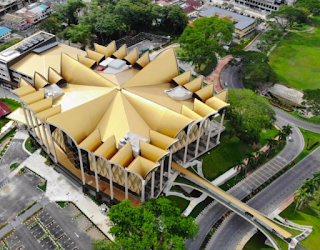