Singing the same chorus with our Right Honourable Chief Minister on the use of the term “Wilayah Sarawak” or region, it  will depend on the outcome of the Malaysia Agreement 1963 (MA63) negotiation between our government and the Federal government.

According to our Datuk Patinggi Abang Johari Tun Openg, the use of the term “Wilayah Sarawak” was just a suggestion by our Right Honourable Prime Minister, Yang Amat Berhormat Tan Sri Muhyiddin Yassin during his visit to Kuching 1 to 2 April this year. He (PM) noted the formation of Malaysia is referred to the Federation of Malaya Agreement under Article 160 (2) of the Federal Constitution while the formation of Malaysia under MA63 consisted of three regions namely Malaya, Sabah and Sarawak and Singapore.

With Singapore exiting Malaysia, Abang Johari said Sarawak government had requested the Federal government to amend the law in accordance to MA63. After the recognition of the formation of Malaysia under MA63, our Chief Minister had also explained that only Article 1(2) of the Federal Constitution can be amended to say the formation of Malaysia consisted of Malaya, Sabah and Sarawak.

As mentioned by Abang Johari, the Prime Minister had recognised that Sarawak is different to other states as stipulated under MA63 and it has a large geographical area. “This is what we have fought for,” said our Chief Minister in his speech during the recent launching of earth breaking ceremony of the Balai Ringin Mini Stadium project.

Meanwhile, during a press conference also held in Balai Ringin that day, our Chief Minister had said the actual term of Sarawak region will be determined by legal experts after the negotiation of MA63 is concluded. Abang Johari who is also our Minister of Finance and Economic Planning added the Sarawak government is still in discussion on the rights of Sarawak under MA63 with the Federal government. 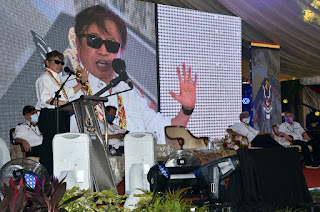 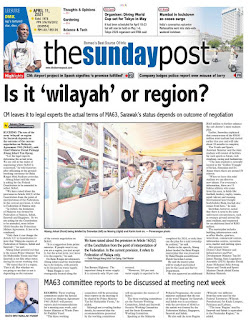